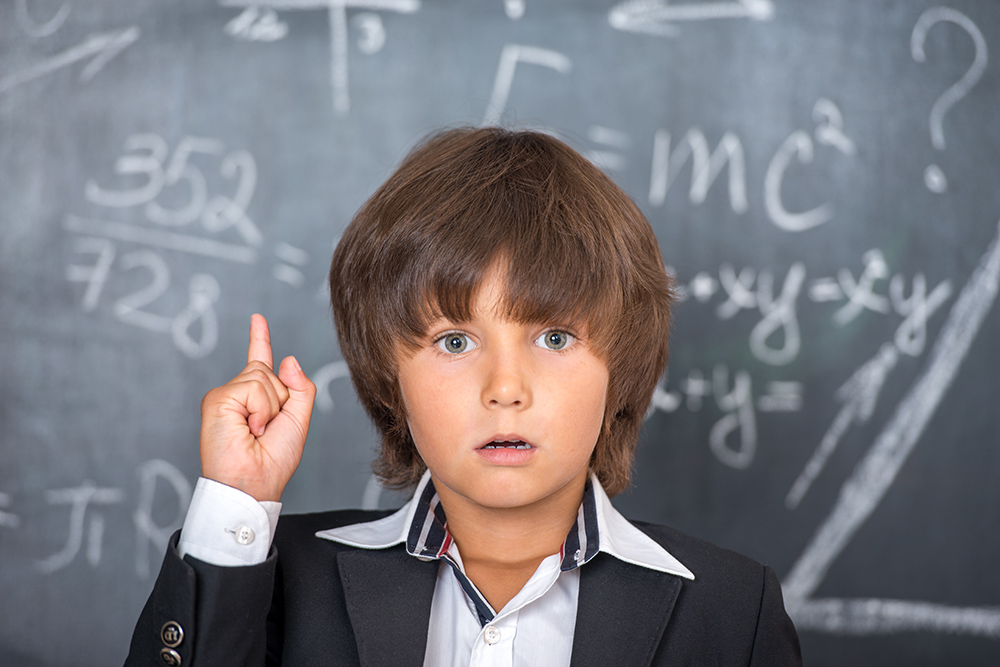 When she was Prime Minister Julia Gillard set an ambitious goal for Australian education- to be ranked as a top-five country in reading, mathematics and science by 2025. An important education report released overnight shows just how far we are from the goal. In fact Australian teenagers maths and reading skills have fallen so far in a decade that half lack basic maths skills and a third are illiterate. And this report shows that girls are to blame for the failing maths grades. Just days after Prime Minister Tony Abbott performed a political backflip by pledging to honour the school spending commitments of the former Labor government for the next four years this report reveals the huge gaps and inequities in education right throughout Australia. The 2012 Programme for International Student Assessment (PISA) measures the maths, reading and science skills of half a million 15-year-olds from around the world. In comparing Australian school rankings with those of 65 other countries it showed that Australia is slipping further behind in maths and reading skills. It found Australian teens placed equal 17th in maths, equal 10th in reading and equal 8th in science. Australia’s ranking fell in all subjects, from 15th to 19th in mathematics, 10th and 16th in science and 9th to 14th in reading since 2009. Asian countries like China, Singapore, Korea and Japan are pulling ahead of Australian students in maths and reading. The results show Australian students are slipping in maths performance by about a half a year of schooling compared to 10 years ago. Twelve other countries also showed declines in maths literacy over 10 years, with the largest decline occurring in Sweden, then Finland, New Zealand, Iceland then Australia.

The PISA report found a wide gap between Australian students in different parts of the country. Tasmania and the Northern Territory lagged well behind other states in all three areas. In fact an average fifteen-year-old student in Canberra is two years ahead of one in the Northern Territory when it comes to maths. About 14,500 Australian students were measured in the assessment. ACER’s director of educational monitoring and research, Dr Sue Thomson who wrote the Australian chapter of the report says gender, Indigenous status and socio-economic status still divide student outcomes.

Australian students from a wealthy background were five times more likely to do well compared to a student from the lowest socio-economic group. The report showed that on average, students in the independent school sector achieved significantly higher than students in the Catholic or government school sectors. Catholic school students recorded the largest fall in scores compared with their peers in government and independent schools, falling more than three times as much in reading as students at government and independent schools, and dropping 13 points in maths. Sue Thomson told News Limited that taxpayer funds should be targeted to disadvantaged students. Dr Thompson said Asian education systems, such as Singapore, gave more remedial attention to children lagging at primary school so they did not fall behind.

The report also shows that girls hold a much more negative view about maths. Approximately one-third of females in Australia reported that they did not think that mathematics was important for later study compared to one-fifth of males. “Australia has slipped backwards to the type of gender disparity that was seen decades ago, and the performance scores of girls coupled with a number of particularly negative motivational attitudes puts Australia further away from providing all students with the same educational opportunities,” Dr Thomson said. Earlier this year it was reported that the number of female students studying no maths for their NSW HSC more than doubled in ten years.
A post on in February on The Conversation pointed towards too much choice in education as being one of the factors for the low participation rates in maths:

“The percentage of girls studying no maths jumped from 9.5% in 2001 to 21.8% in 2011 “That’s a shocking figure,” said Dr Rachel Wilson, senior lecturer in educational assessment and research methodology at the University of Sydney’s Faculty of Education & Social Work. The report reveals the gender disparity in maths and science participation is now greater than it was in the 1980s. “The scores are down, the ranks are down with them, but the participation is looking really bad, so that means we’ve got a long path ahead of us to recover.” Dr Wilson said education choice was a major contributor to the decline in maths and science participation, with 13.5% of girls choosing to study family and community studies in 2011, a subject that was not on offer in 2001. “Something’s gone wrong there that you have nearly as much educational value put on community and family studies as you do on maths.” “I don’t think it’s an issue of parenting it’s of educational choice and quite possibly having too much of it.”

This latest report though shows literacy levels turning the tables with boys being a year behind girls in at the age of 15.

Many areas highlight a cause for concern with Indigenous students on average performing significantly worse than non-Indigenous students. There is a difference of about two-and-a-half years of schooling or more in maths, science and reading between the two groups. The Australian results are propped up by our migrant students who performed best in the test.

A concerning part of the report looked at conditions in the classroom and how it impacted upon learning. Australian students, on average, reported a higher frequency of not listening, noise and disorder, and teachers needing to wait a long time for students to quieten down compared to the OECD average and all other comparison countries, except New Zealand. Perhaps one of the most disturbing figures was the 20% of Australian students who felt that they did not belong, were not happy or were not satisfied at school.

The Education Minister Christopher Pyne said that these results clearly show the failure of the previous government’s education revolution. “These results are the worst for Australia since testing began and shows that we are falling further behind our regional neighbours. Today’s report card shows that for all the billions spent on laptops and school halls there is still no evidence of a lift in outcomes for students.” But the SMH reports that Australian Education Union blamed the Howard-era ”socio-economic status” funding model for the inequities in these results. The political fallout from this report will huge.  But while both sides of politics scramble to make sense of just where we are going wrong in our education our teenagers sit in classrooms today unhappy, dissatisfied and suffering. For their sake something must change.
Uncategorized

One Reply to “Our kids aren’t getting smarter. They are going backwards.”